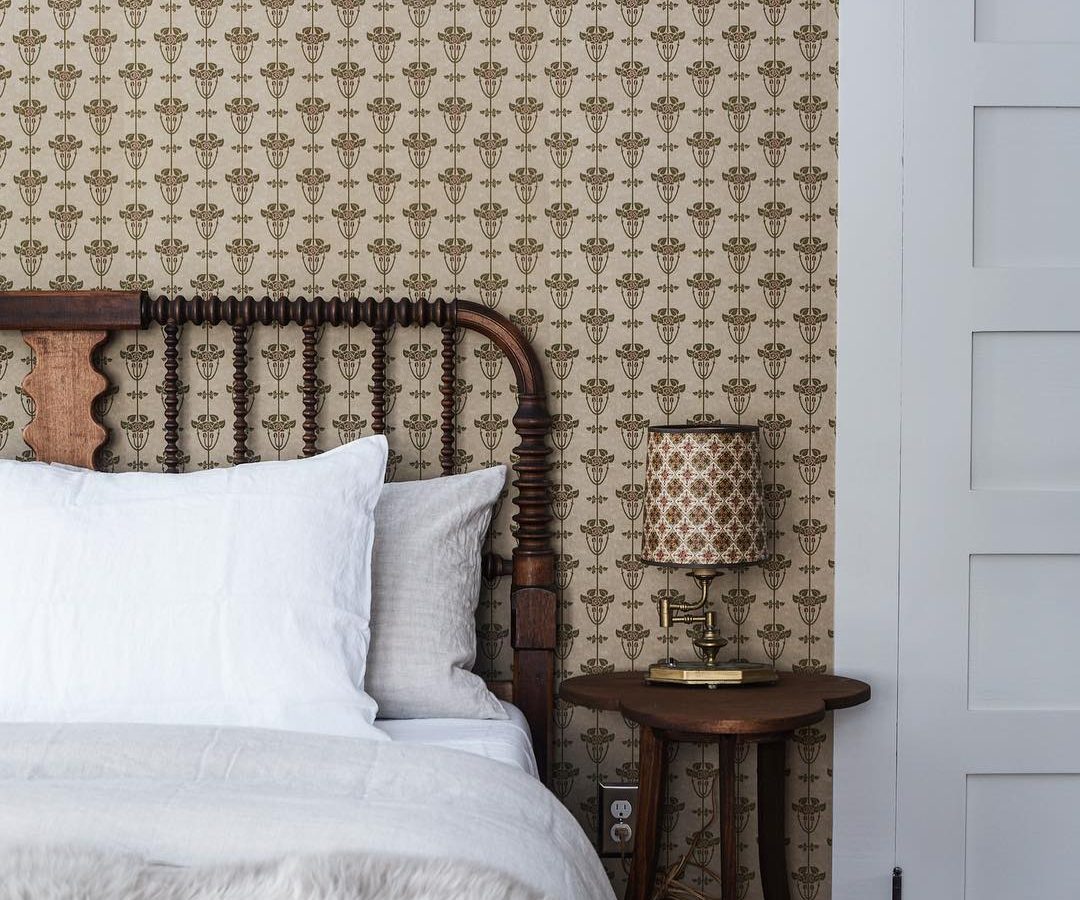 A conversation with one of our favorite design duos!

Before Tara Mangini and Percy Bright, the duo behind Jersey Ice Cream Co. were full-time designers; they were just two kids who shared an affinity for character-filled interior finds.

After founding Jersey Ice Cream Co. in the summer of 2010, the couple set out to curate vintage pieces and soon found themselves falling in love with the design process through their unexpected DIY home renovation.

Today, they create timeless, charm-infused spaces with their unique, hands-on process of moving from house to house to work on their projects with an up-close and personal approach.

You might recognize them as the pioneers of modernizing the plaster wall effect, but there is so much more to Jersey Ice Cream Co. than their jaw-dropping before and after photos. We’re so excited to share more about their story with you today and introduce them as our latest guests for our “Make Life Beautiful” Q&A series! 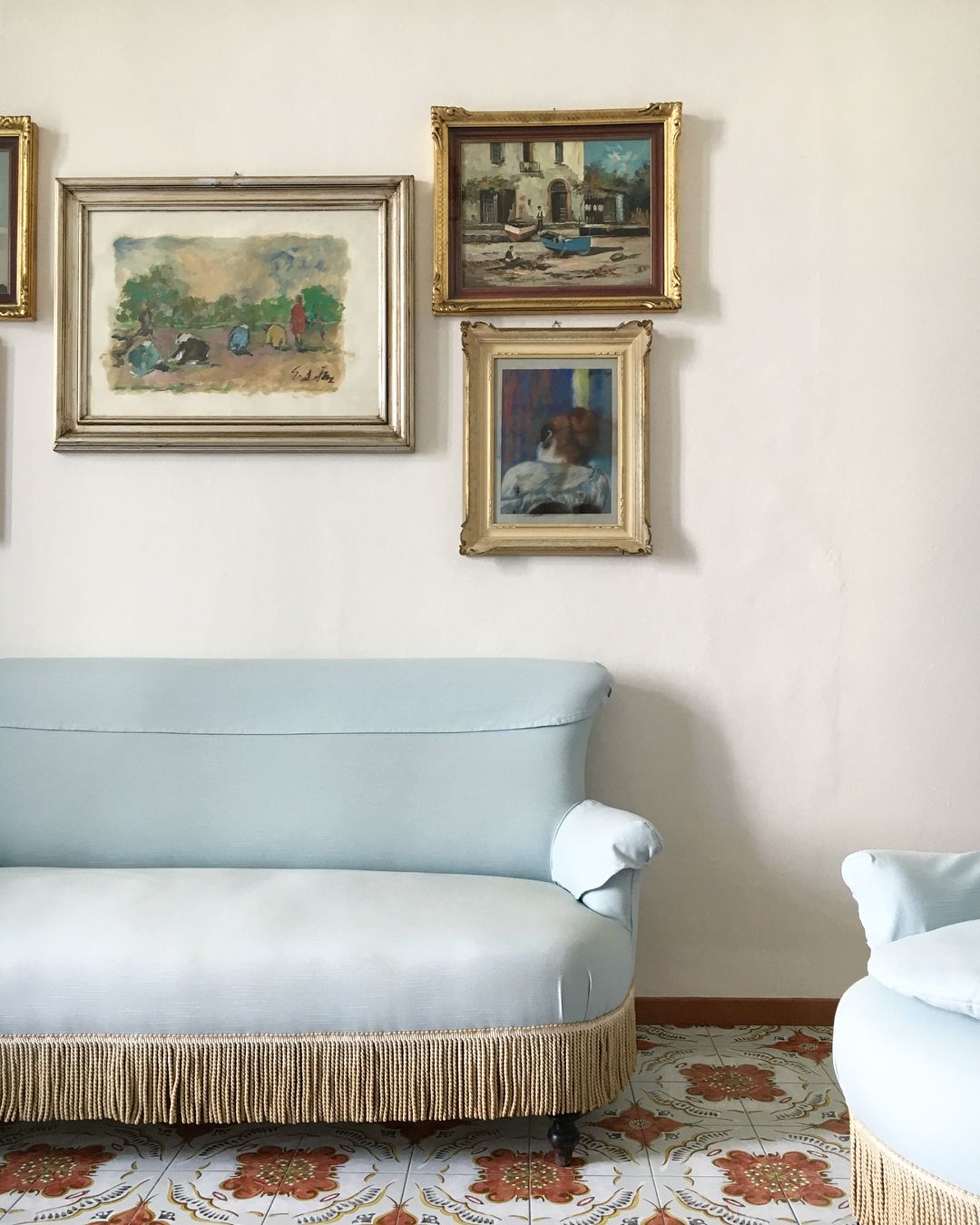 A beautiful vignette via @jerseyicecreamco 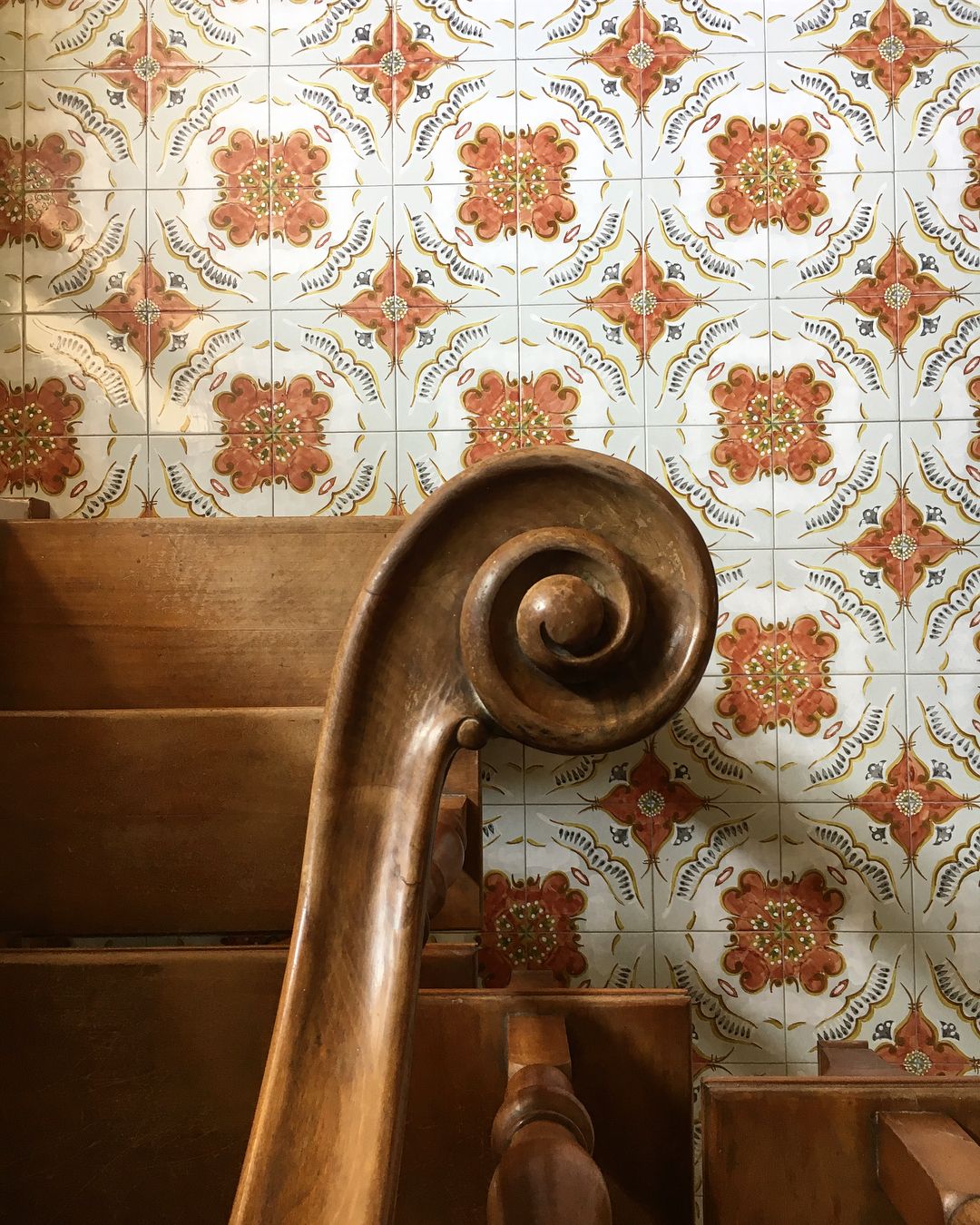 My first actual job where I got a paycheck and not just $20 from a neighbor for babysitting was working the breakfast shift at a Doubletree. Breakfast was free so it was the most unnecessary job where we only took drink orders, but I was working with a bunch of friends from high school so it was fun and we ate a lot of cookies and it was great. 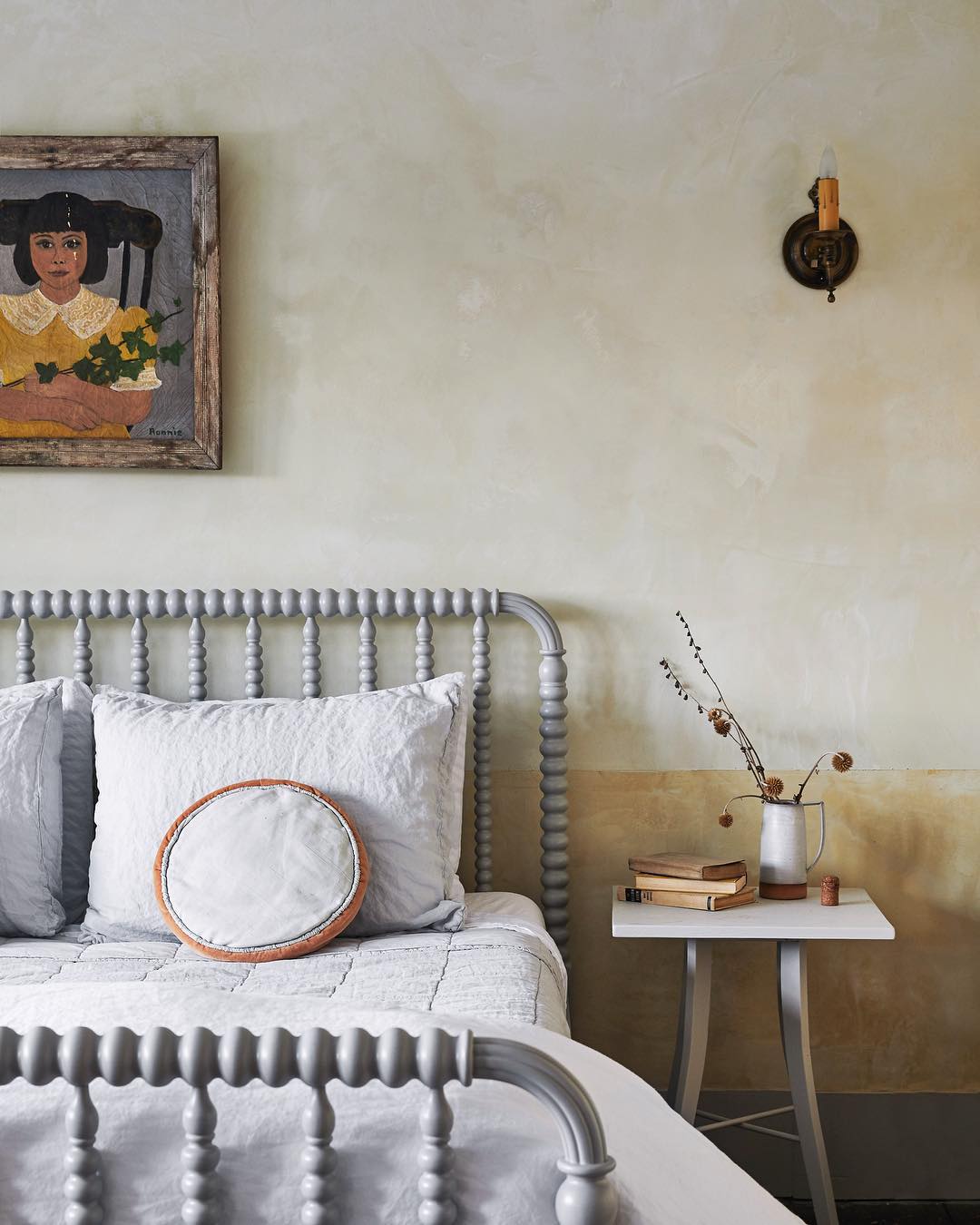 Tell us about your journey into the creative industry, when did you realize that you could turn your passion into a career?

Interior design was nowhere on either of our radars, and truly was something that we only started to think of as a career as we were knee deep in it. Percy had bought a house and then almost immediately was laid off, which put him in the middle of an unexpected DIY home renovation in Philadelphia. I was waiting tables and totally clueless as to what I was going to do with my life. When we met we instantly connected over a love for vintage things, and the seeds of our business were born weeks later as we walked through Brimfield together, picking up things, sharing what we liked, and daydreaming about starting a little vintage store.

We started off that way, selling things on Etsy, having a booth of our own at Brimfield and Brooklyn Flea – but we quickly realized that we wanted more control over where these beautiful pieces were going. Oddly enough, the home renovation that had been ongoing suddenly came into focus and we realized that that was really what we wanted to be doing, designing houses in a complete way where we could control every last detail. 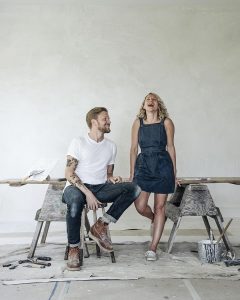 Neither of us had any training or any formal education when it came to interior design, but we got the idea to submit our house to Design Sponge and to see if anybody would take us seriously as designers despite that. I remember sending the email out and wondering if we would ever hear back. When they wrote back that same day to say they’d love to feature the house, we were just over the moon. That’s really when it felt like we could do this for real. 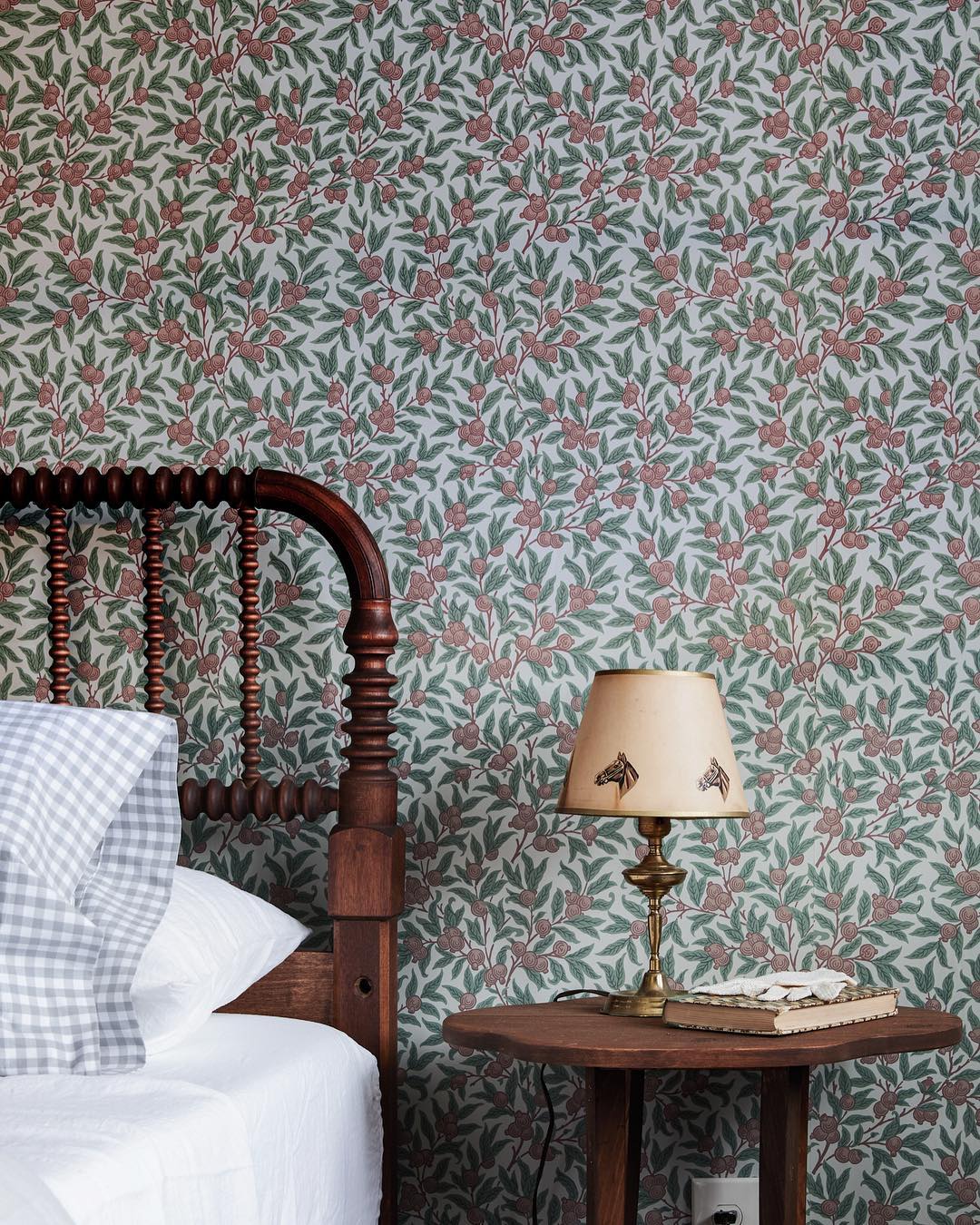 A charming moment via @jerseyicecreamco 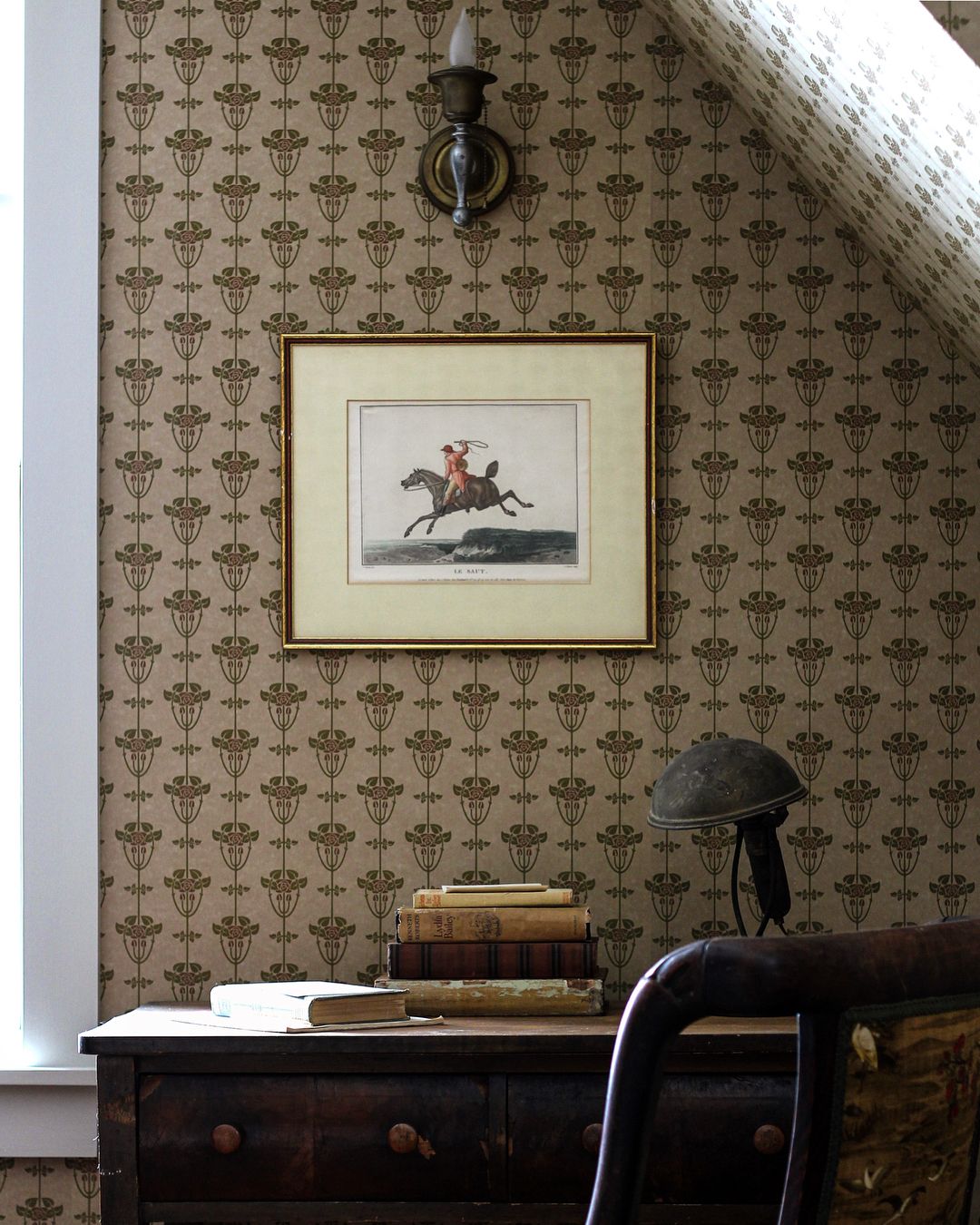 I could say I would tell myself to not sell myself short or believe in myself more, but I think those lessons were things we had to learn through experience.

If you could go back in time and give your young creator self one piece of advice what would it be?

This is a tough one! Things unfolded in such an organic way, and for us, I think our naivety actually helped us move forward more confidently than if we had known the usual rules and ways designers work. If I had known more, I would have had more fear. I could say I would tell myself to not sell myself short or believe in myself more, but I think those lessons were things we had to learn through experience. Maybe I’d tell myself to buy a house in upstate NY before the prices went through the roof! 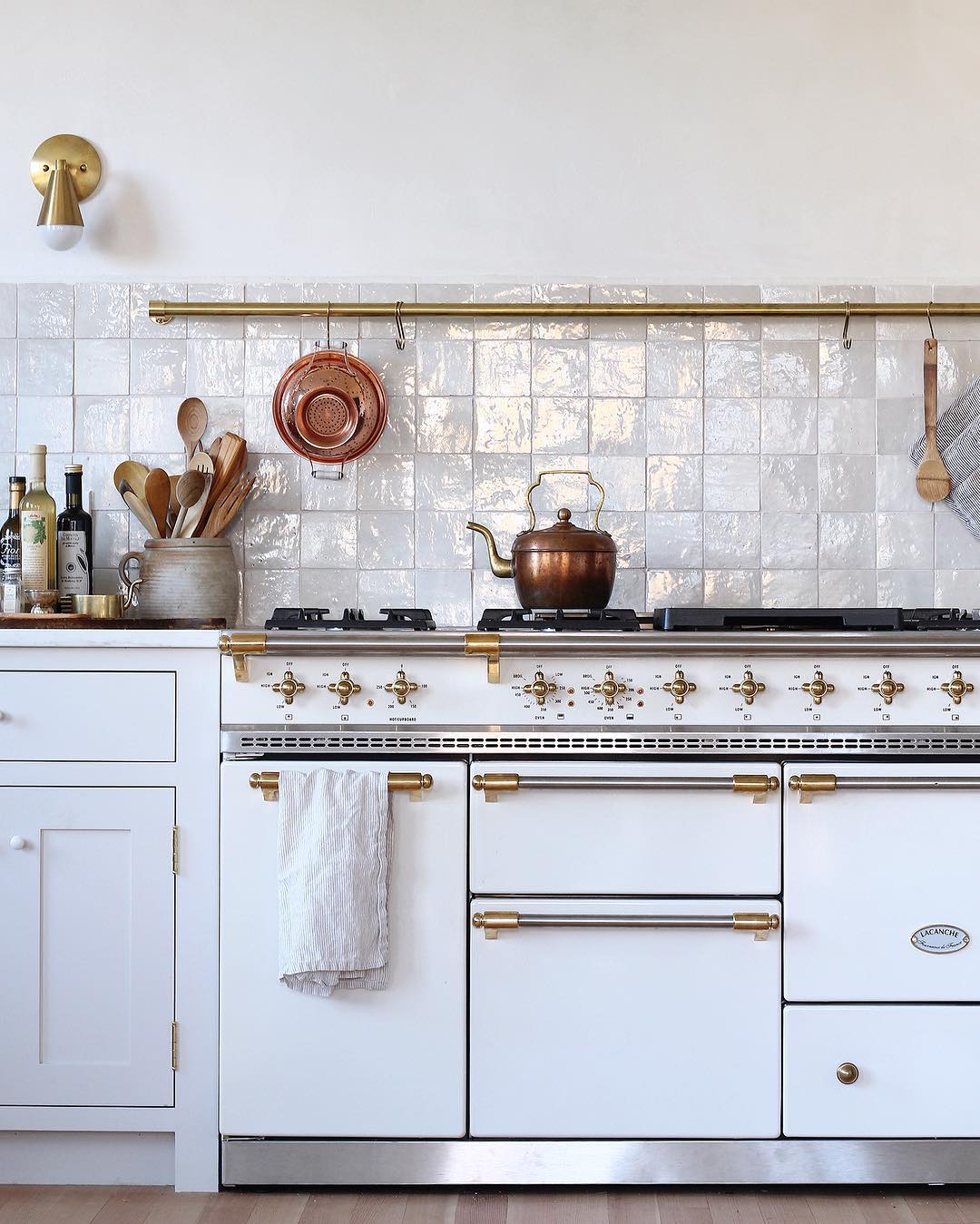 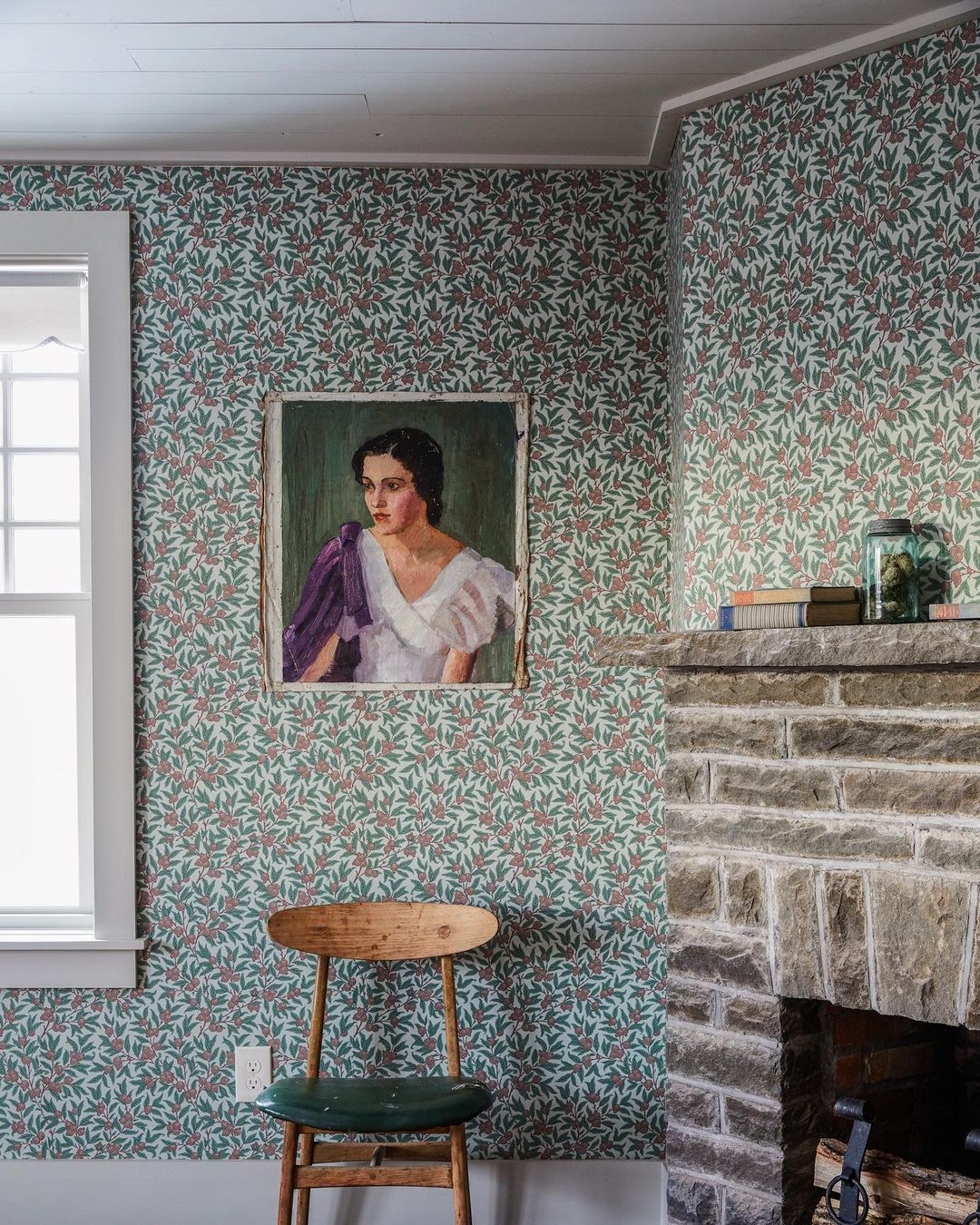 One of our favorite wallpaper moments from @jerseyicecreamco.

Old houses and buildings, traveling, natural landscapes, the feeling of a place – that’s what comes to mind. 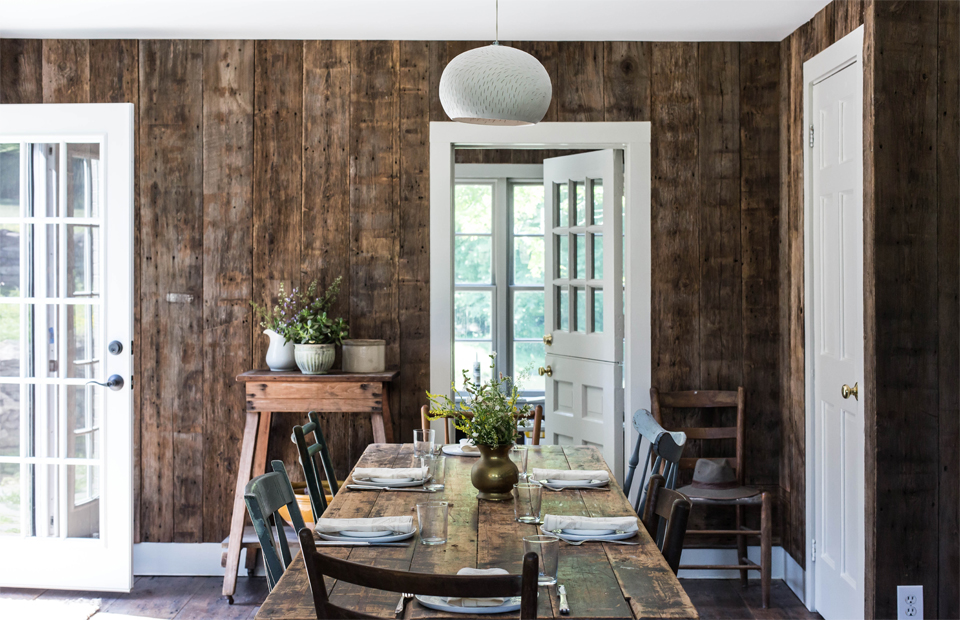 We always describe our process as organic. I think to an outsider it might just look like we’re playing around, which feels accurate! The past few years we’ve had the luxury of working without any major constraints – so we really let things take time and unfold. There’s an early process of feeling out the house and the space so we can get an idea of the vision and where we’re headed, but once we have that it’s really about experimenting – looking at colors and tiles and wood in the space, seeing how things make us feel, listening to our guts, and overall just trying things out and waiting until we get a feeling of “yes, that’s it”. Sometimes it takes a few minutes to know what design choices feel right for a room. Sometimes it takes a year! 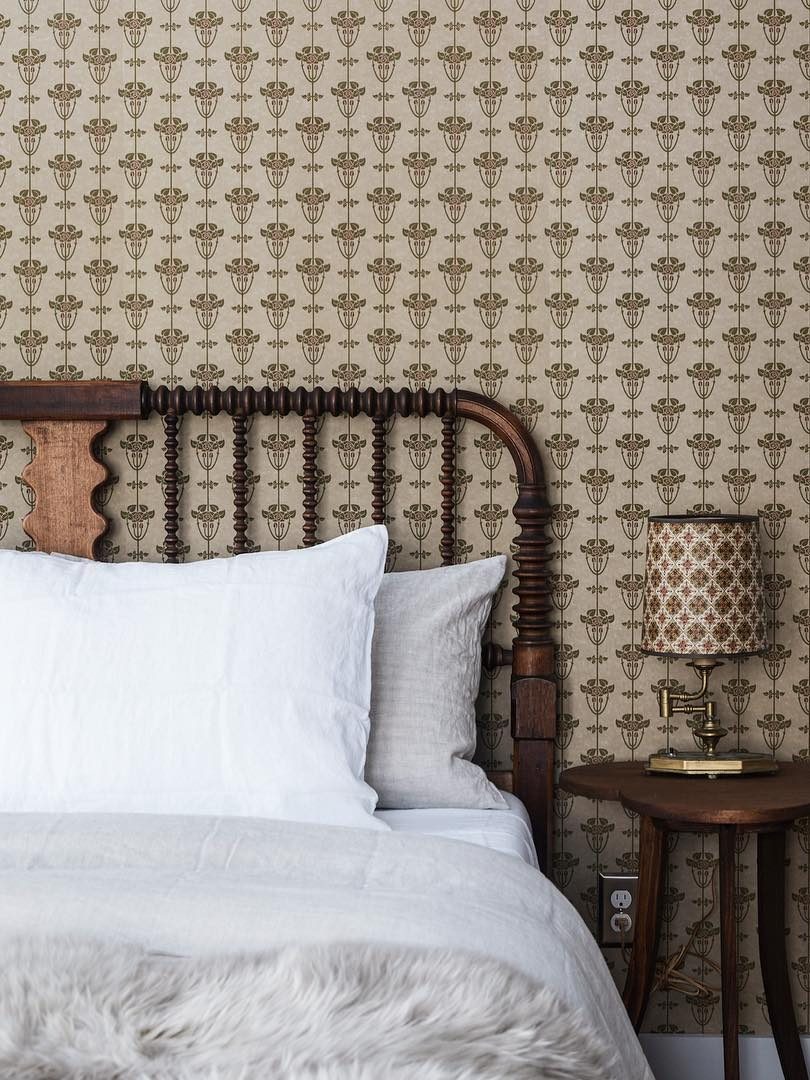 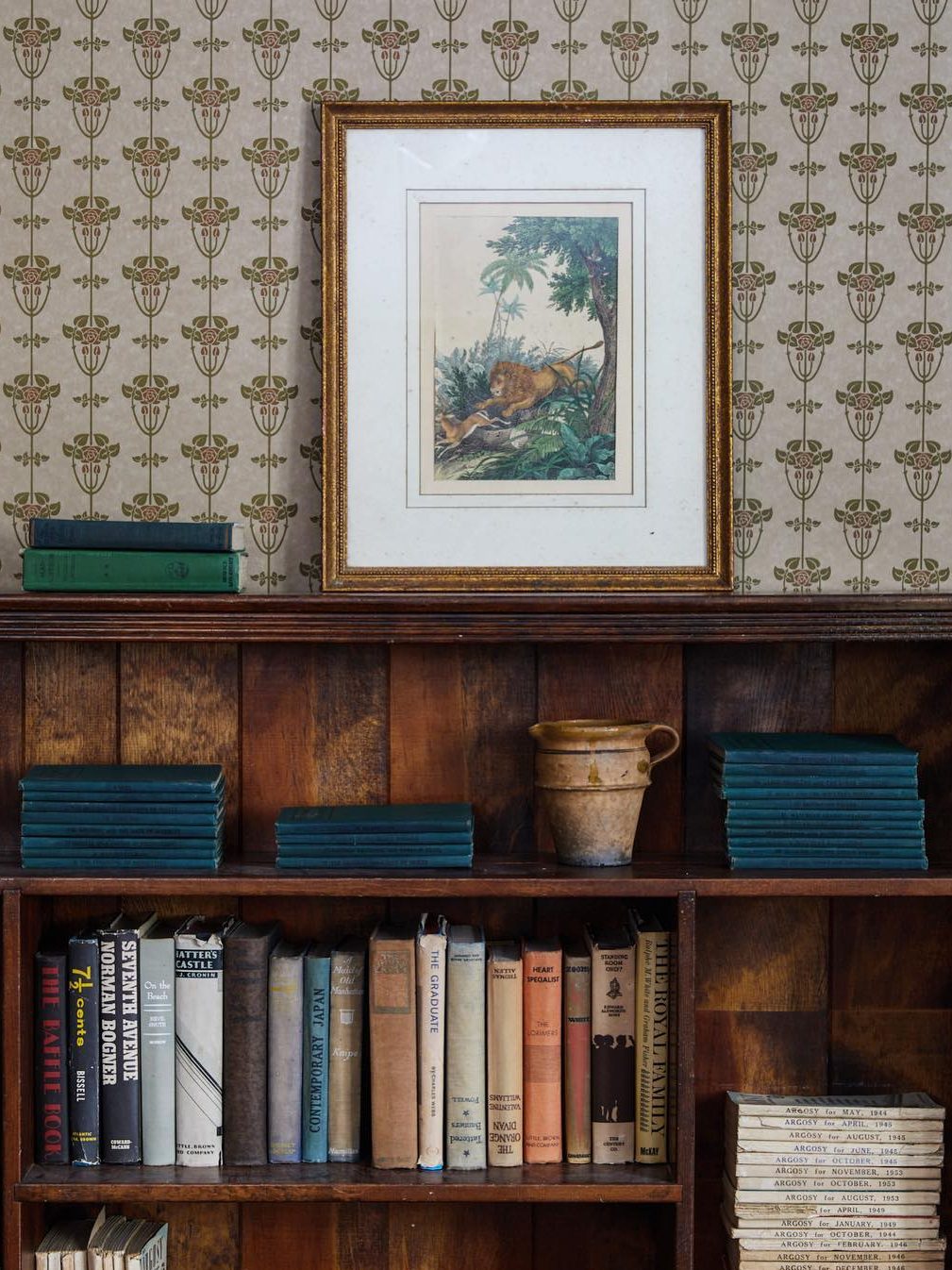 A beautiful bookshelf moment from @jerseyicecreamco

What was the most significant business or creative challenge that you have encountered and grown from?

There have been so many! I think our biggest business challenge was realizing that we wanted to stay a really small company and keep doing things our way, despite the constant pressure to grow and expand and take on bigger jobs with bigger budgets. We started to move in that direction and though it was exciting at first, we found that work started to really feel like work, and we just weren’t enjoying what we were doing anymore. It takes a bit to reroute things when you’re already headed down a course, but we’ve scaled it ALL the way back, and now it’s just us again, working on a house in the middle of nowhere. 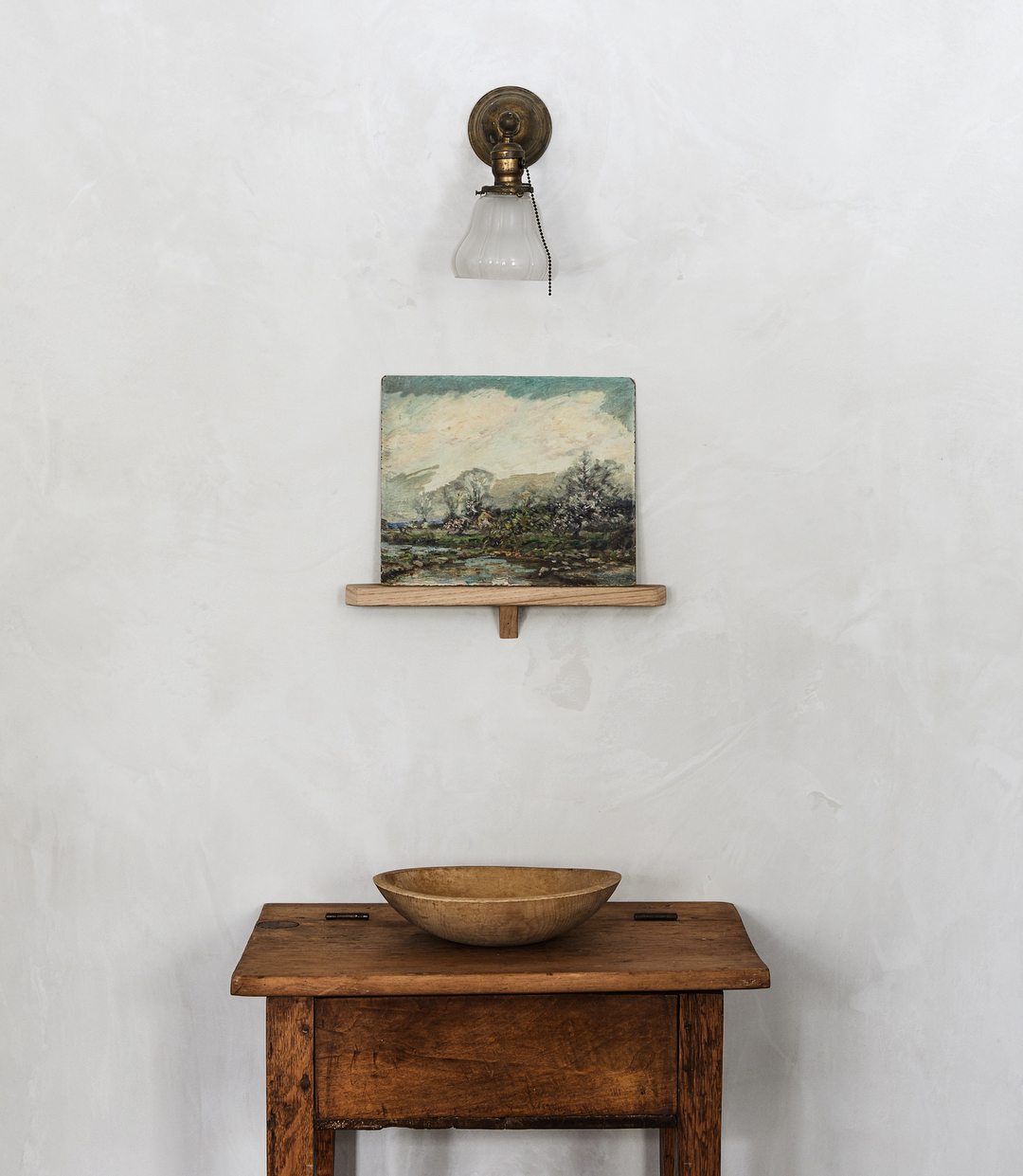 What has been your biggest achievement? When was the last time you thought “wow, I can’t believe I just accomplished that!”

Getting featured in the New York Times was really exciting. We had no idea what we were in for, and when the feature came out and we were taking up the full front page of the design section our jaws dropped. It’s a piece we’re really proud of that feels like us. 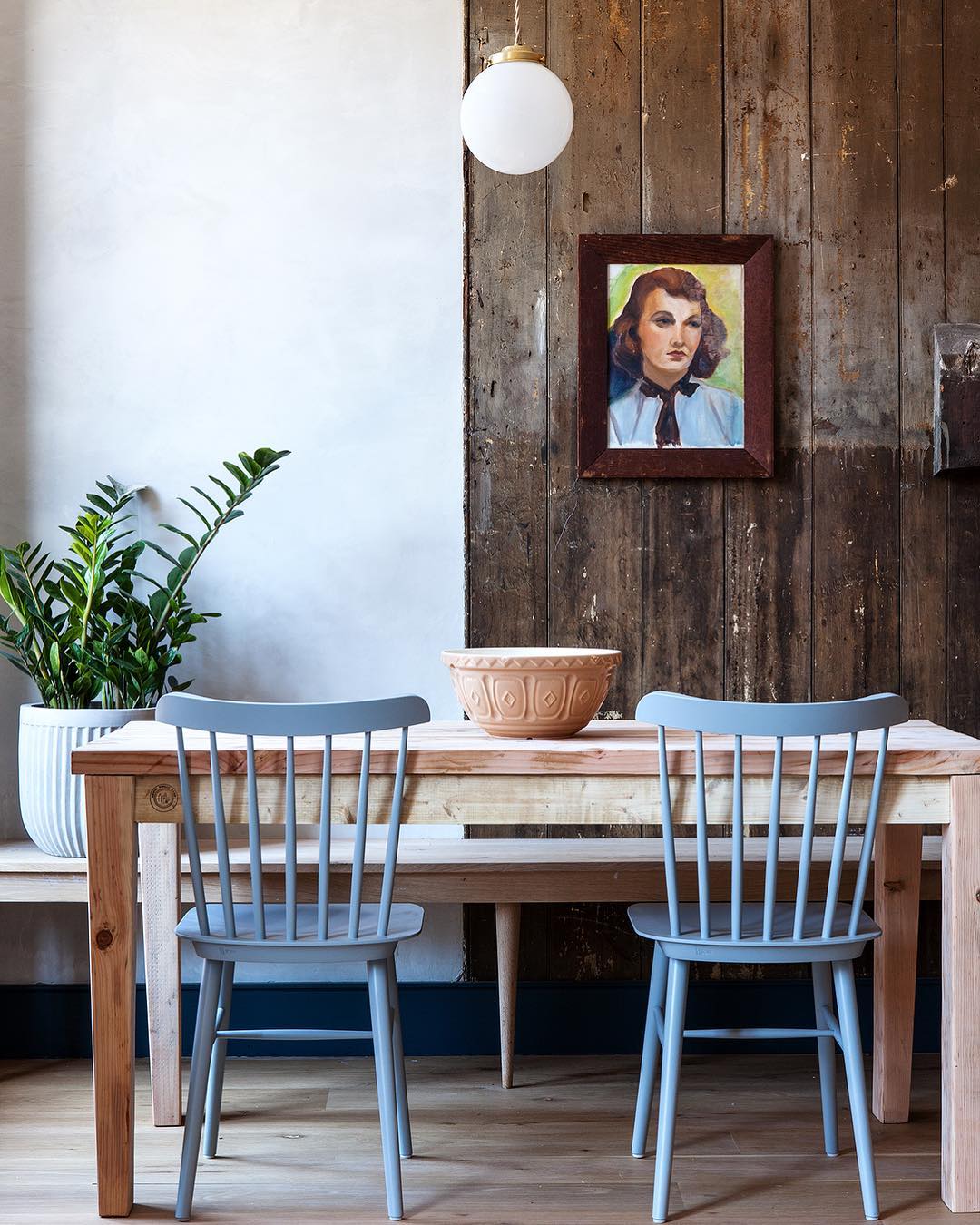 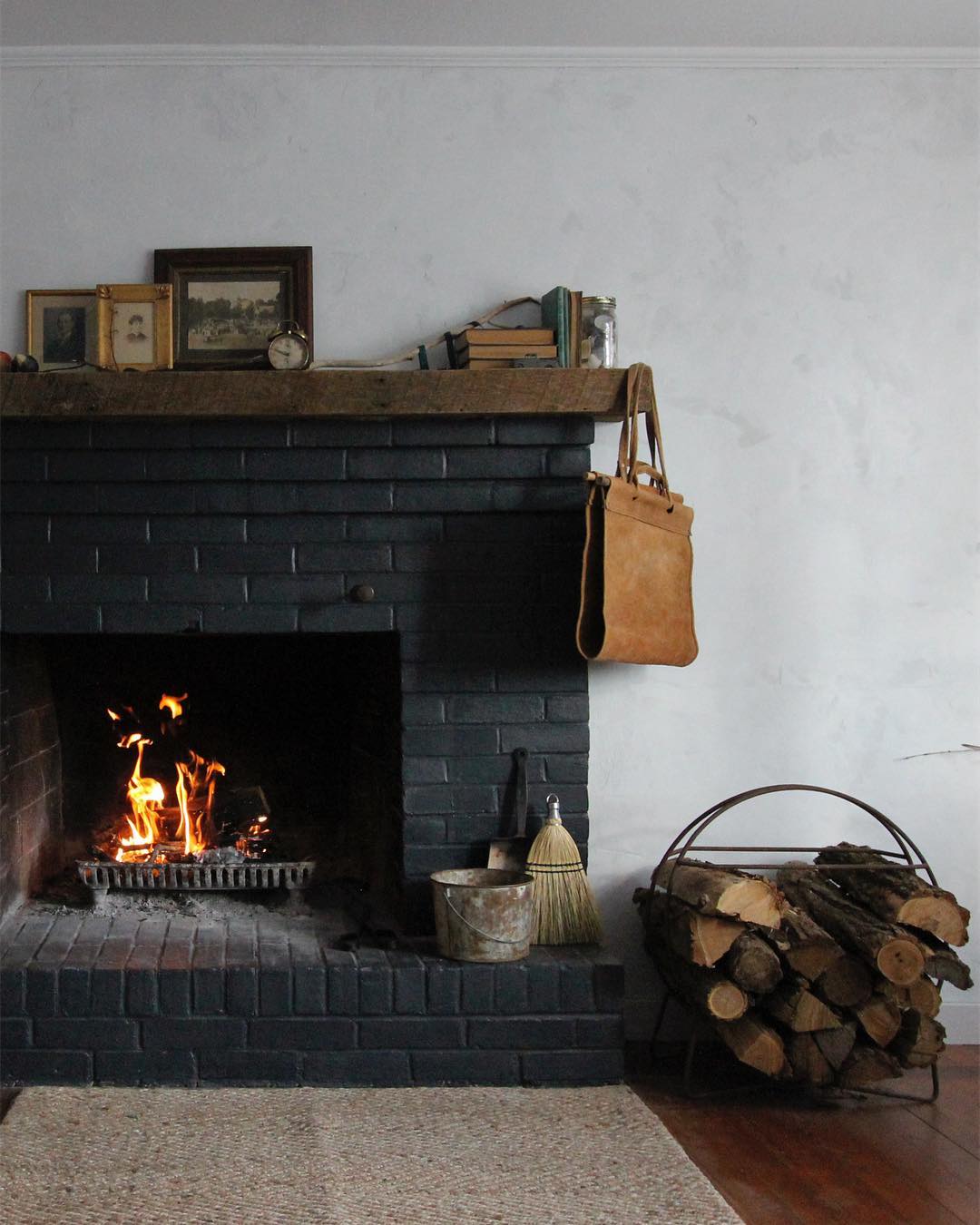 A cozy fireplace moment from @jerseyicecreamco

We’ve been fixing up a house in upstate NY for over two years now, and we’re finally getting to the point where we’re finishing things and getting to pick out wallpaper, and design the kitchen and stare at paint colors. . We’ve probably got another year to go, but we’re getting to the good stuff and that’s exciting! 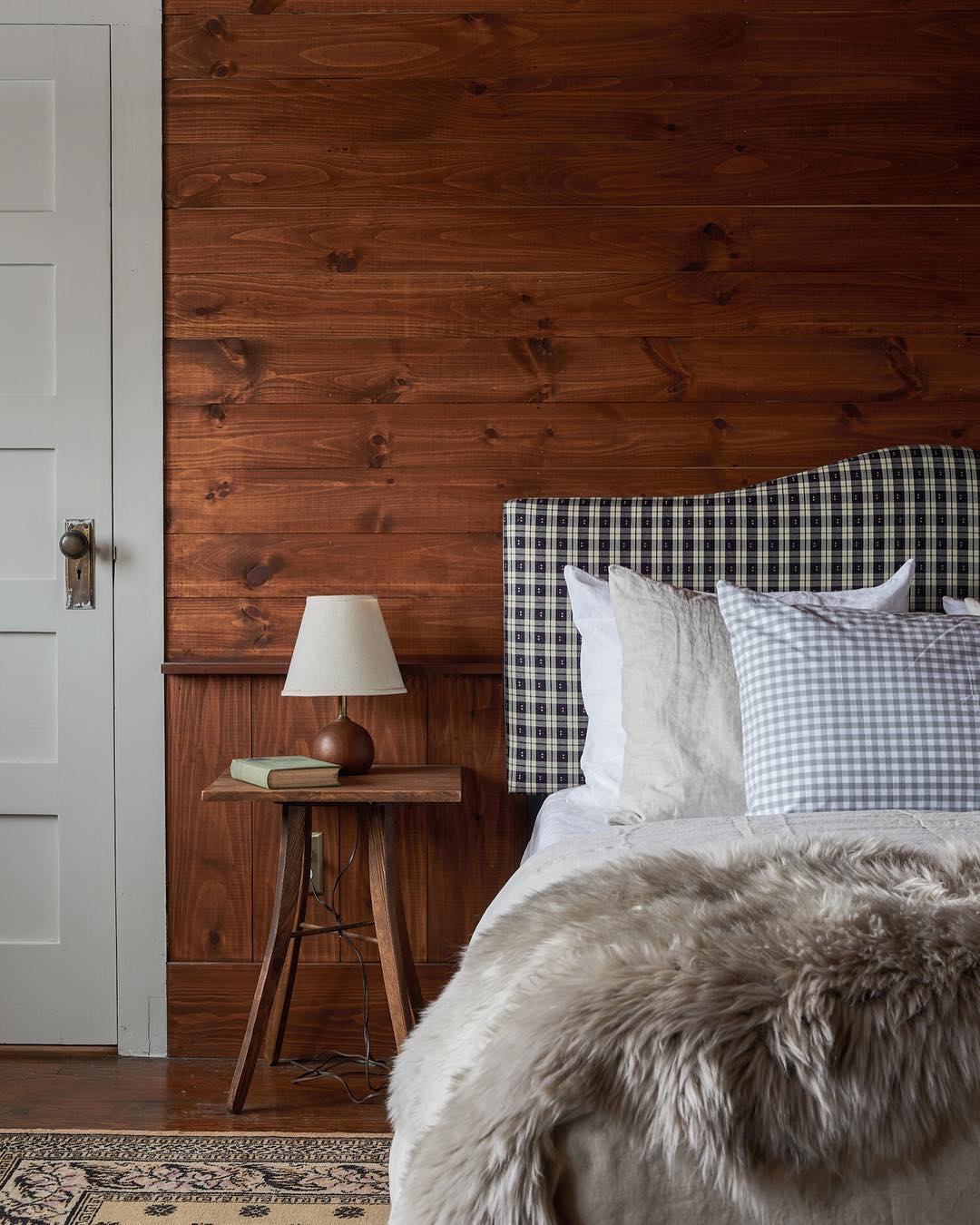 A cozy bedroom moment from @jerseyicecreamco. 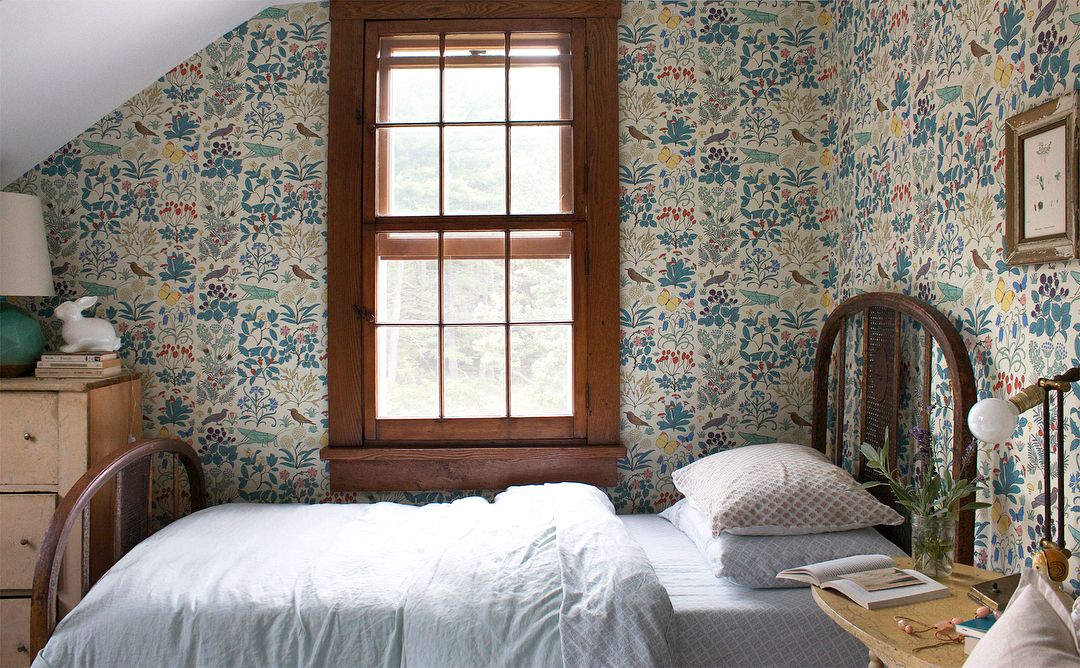 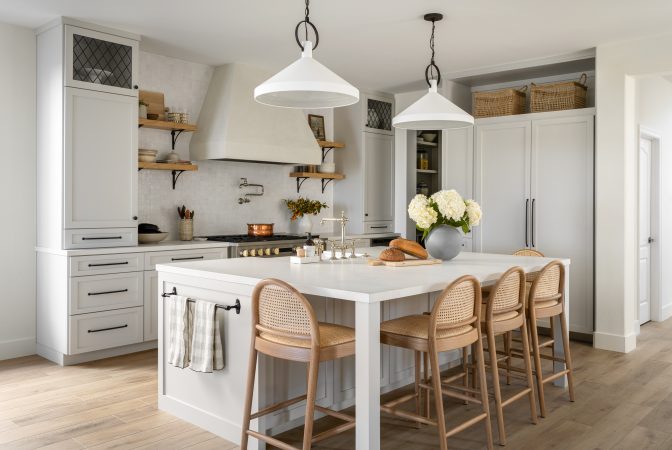 A closer look at what went into the design for Dream Home Makeover Season 3, episode one. 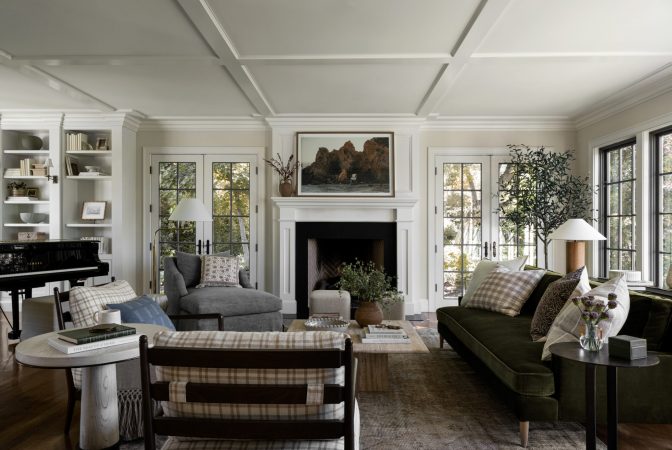 An inside look at the process behind our latest collection.