Did you hear the news? You can now watch our show “Dream Home, Makeover,” on Netflix!

We’ve been so overwhelmed with all of the love and support we’ve received the last few days, and it’s been so much fun to celebrate with all of you virtually.

So much goes into filming a show, from the production to the sound to the outfit changes, and we couldn’t be more grateful to Netflix for encouraging us to stay true to the nature of Studio McGee throughout.

Today, we thought it would be fun to share a few fun facts from the show that you might miss while watching.

1. The in-between interview portions of the show were filmed in The McGee’s unfinished basement.

In the show, you’ll see Syd and Shea sitting on a couch for the show’s interview portions, but you might never guess that the set is actually right in their basement.

Since it is unfinished, it provided the perfect backdrop for the Netflix crew to set up a scene that looks like a design studio with a pinboard and a few plants. 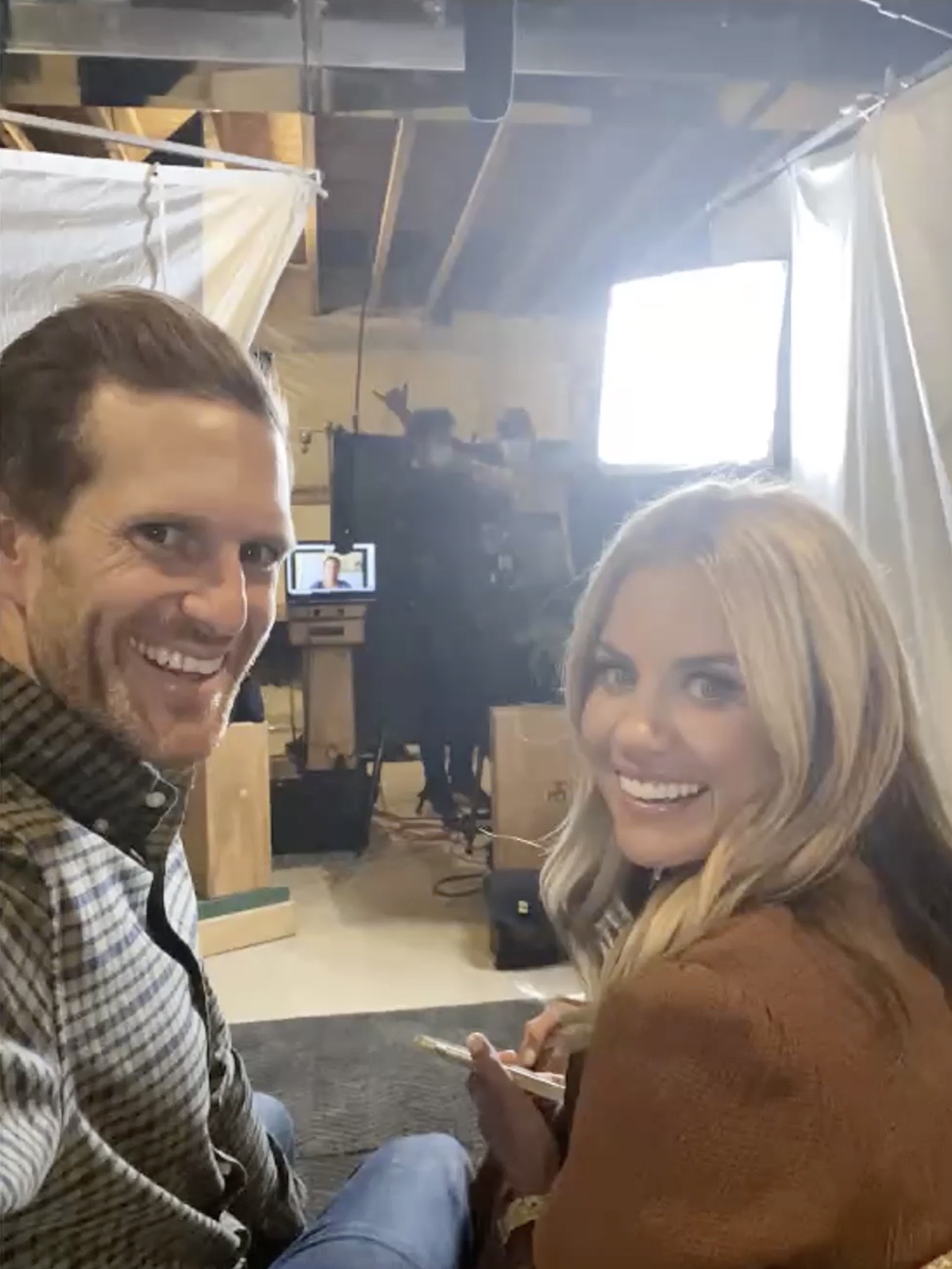 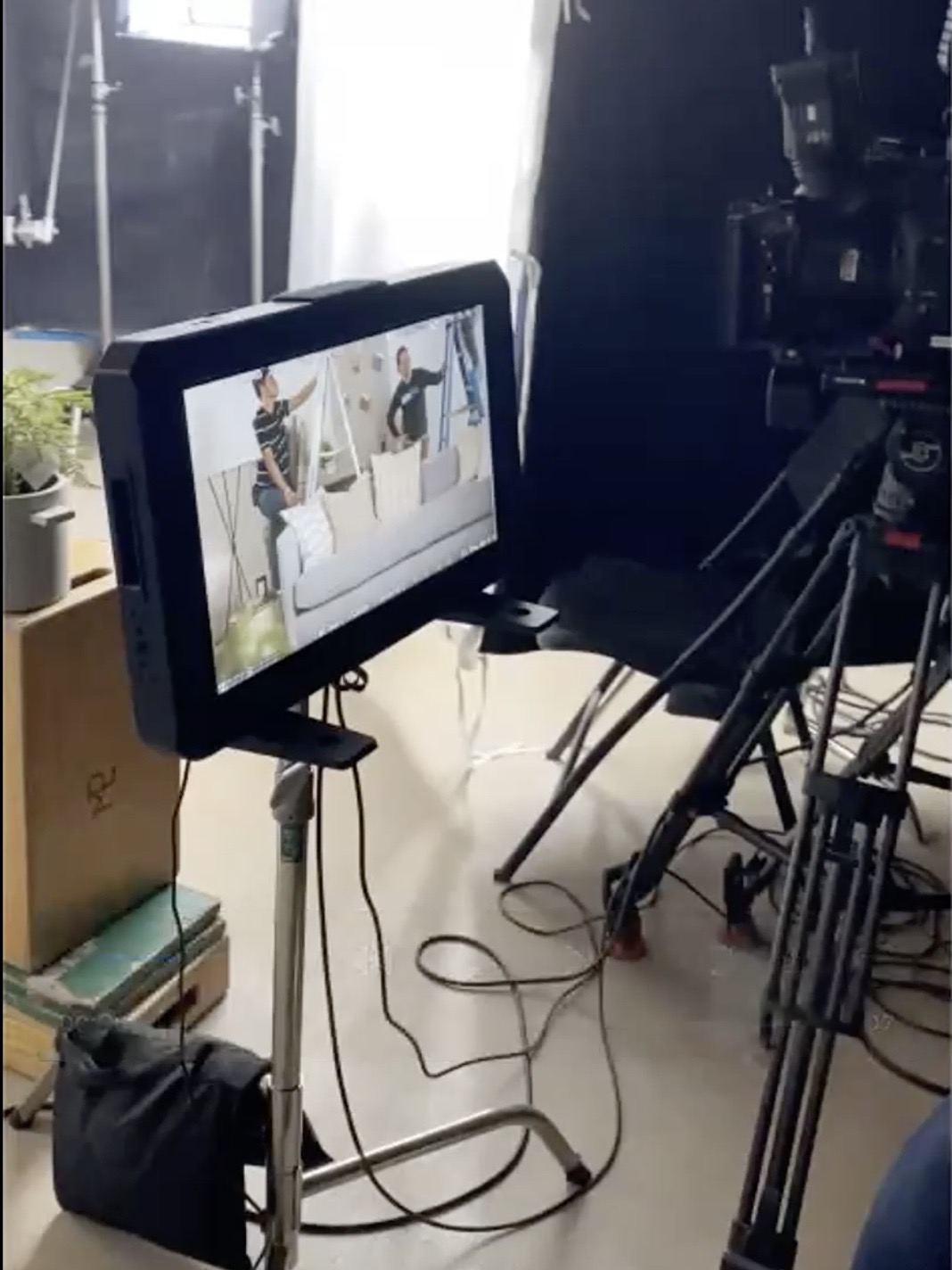 2. If you look closely, you can see Bacon Grease on Syd’s shoe in a few scenes.

“One time, it was our lunch break, and so I threw some bacon in the oven. When I took it out after it was done, I was talking to Shea, and somehow, as I turned, grease came out of the pan and landed on my shoe and made this huge stain. We had already started filming in those outfits, so I couldn’t change. I was frantically googling how to get grease off, but even after some intense cornstarch treatments, you still it in some of the scenes.” – Syd. 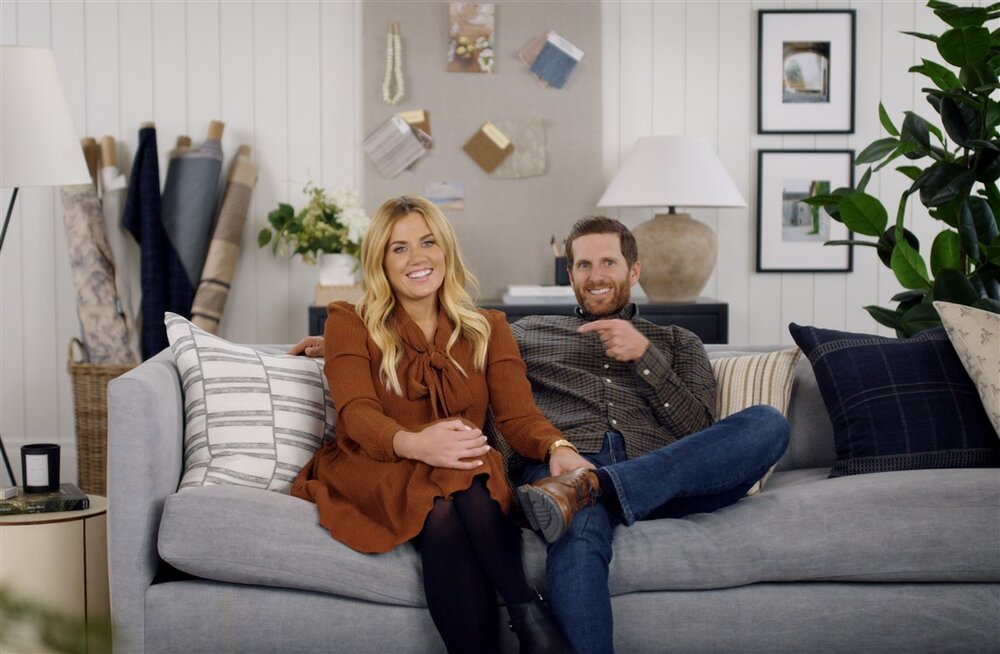 We’ve had to keep the secret of “Dream Home Makeover” for quite some time, and it’s hard to believe that after a few years of planning and filming, it’s finally released!

We made our own “Sizzle Reel” to send in that ended up landing us the show for our initial meeting! It’s so fun to look back on it now and see how far we’ve grown since, on both the design and skateboarding front. You can watch it below! 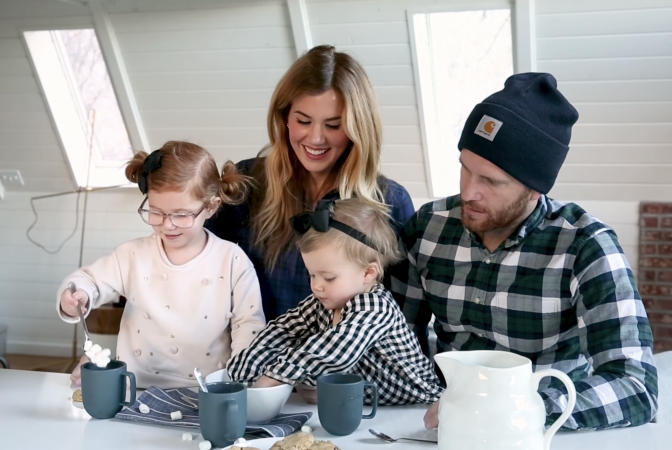 4. We had a virtual launch party with our team!

Since we couldn’t get together in person, we sent our team everything they needed for a “virtual watch party” and set up a slack channel for everyone to shout out their favorite parts as they watched.

Here’s what we celebrated with: 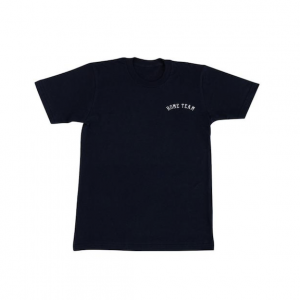 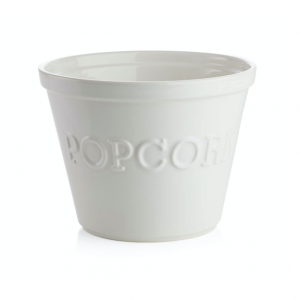 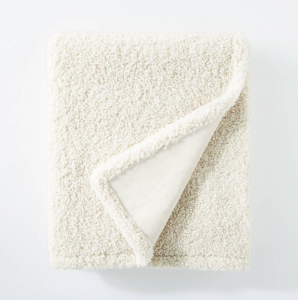 5. Syd is hiding behind a curtain in one of the episodes.

In Episode Two, there’s a scene where Syd and Shea are standing in the Master Bedroom and the movers are moving the sofa. Syd had nowhere to go to get out of the way, so he hid behind the curtain. If you look closely, you can see him just slowly come out of the other side, and we all just died when we saw that made it in the final cuts. 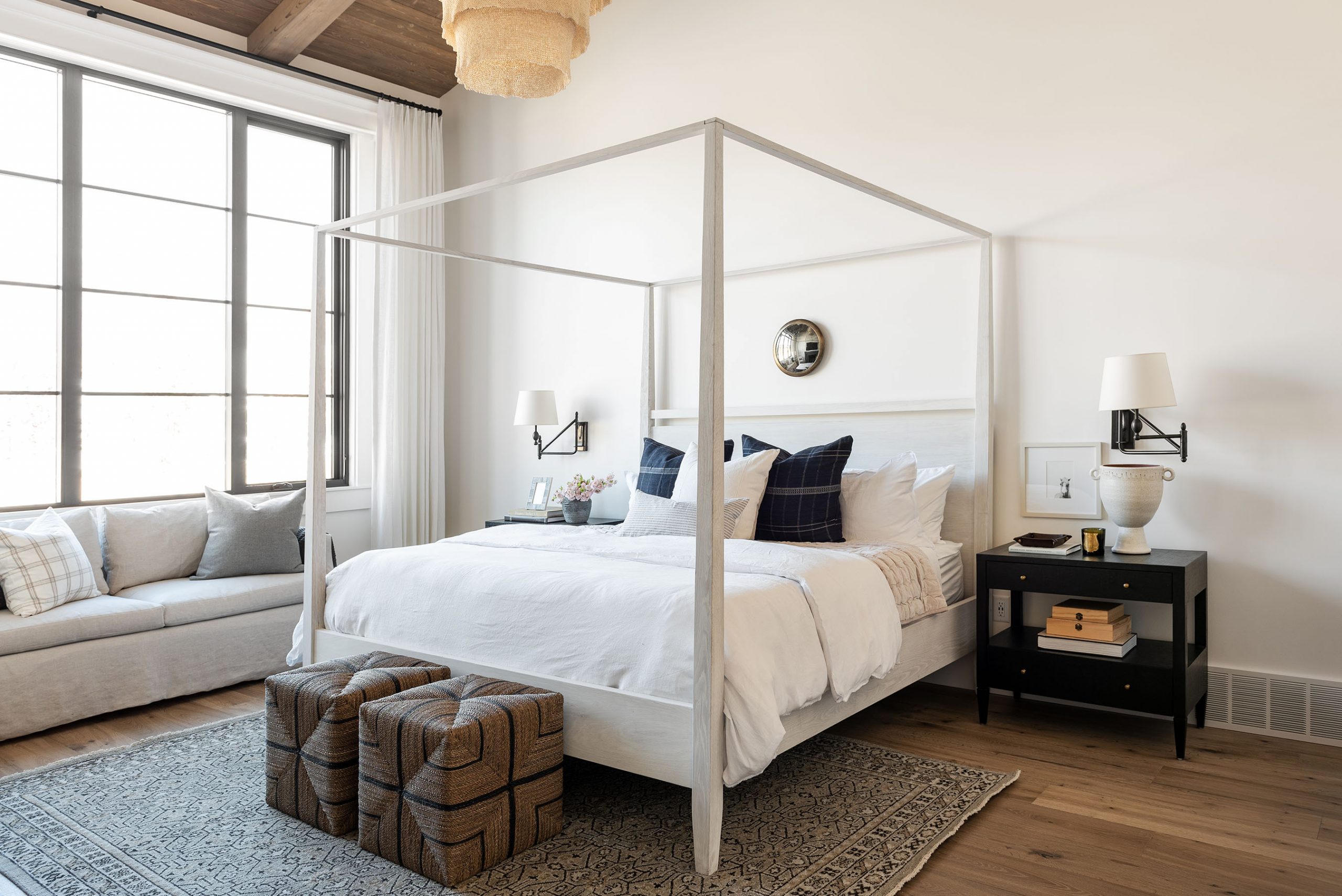 6. Towards the end of filming, we had a “virtual producer.”

When social distancing started, we were still filming the end of the show, and so we had a “virtual producer” on a laptop and portable speaker that we would just carry around so she could talk to us.

7. Our show was completely unscripted!

We were really lucky that our shares represent what our real process is actually like. What you’ll see in this show is true to how we communicate with our clients, work with contractors, and collaborate with our team. 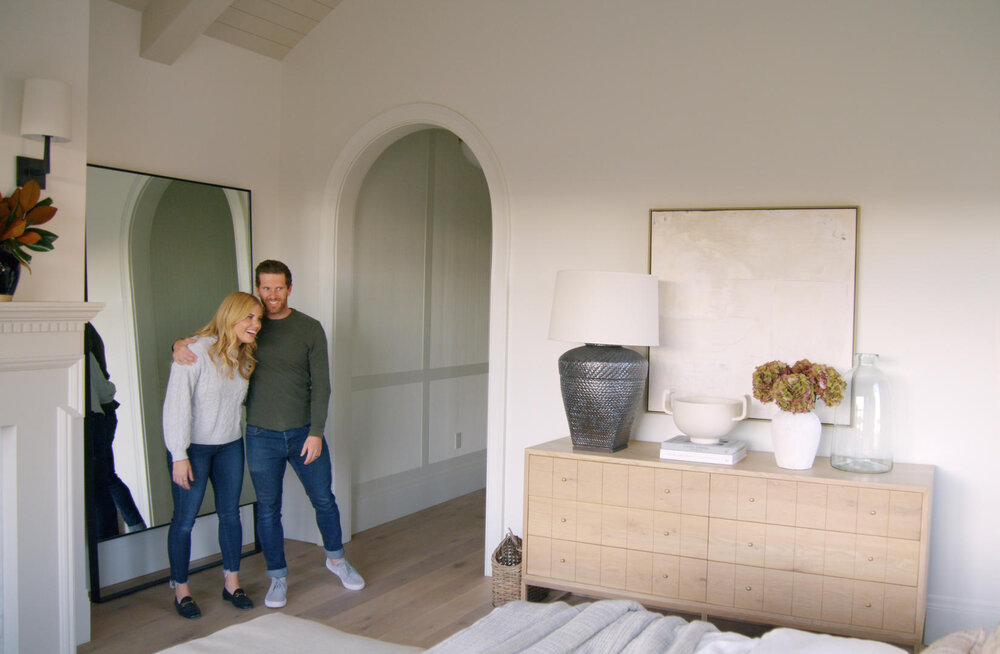 If you’ve already watched all six episodes of season 1, you’ll see a screen at the end that says season 2 is coming soon, and we’ve actually already filmed it! Stay posted for more details about more Dream Home Makeover soon!

9. In the Ennis project, we had to remove the door frame to fit the sectional in the room.

We could barely fit the sectional into the room in episode 3. In the show, it looks like it took us five minutes to find a solution, but really, we almost had to go with a different couch! After taking the doorframe off, we finally fit it into the room, and we’re so glad we did because it was perfect for that space.

10. Syd was sent on a styling mission and bought the wrong pears.

Syd was sent to get beautiful pears for the styling team in episode 1. Of course, the team didn’t clarify that they wanted Bosc pears, and he just kind of got whatever and ended up with these massive round Apple-shaped pears on the table.

“They just told me to get pears. I didn’t know there was like, pretty pears.” 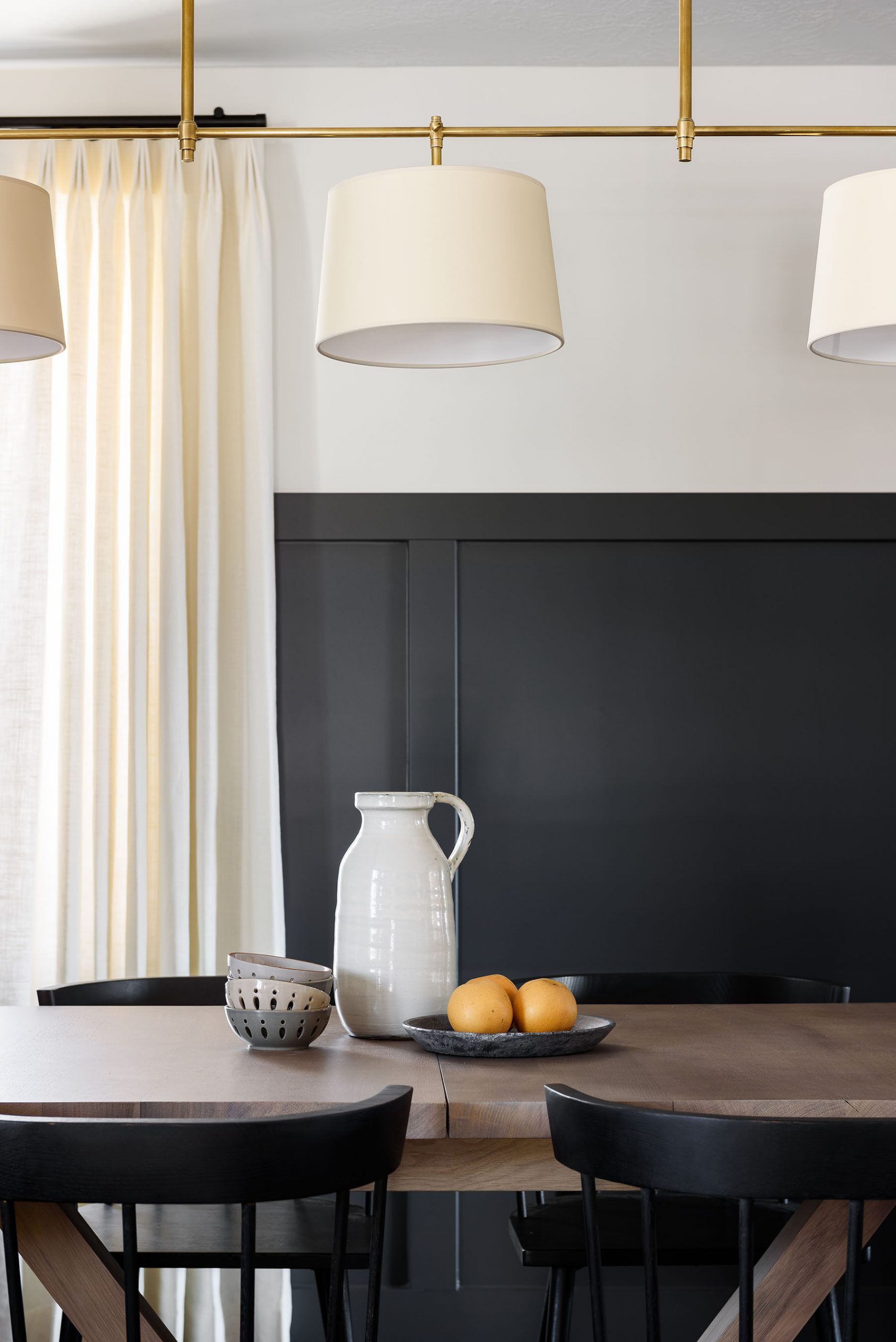 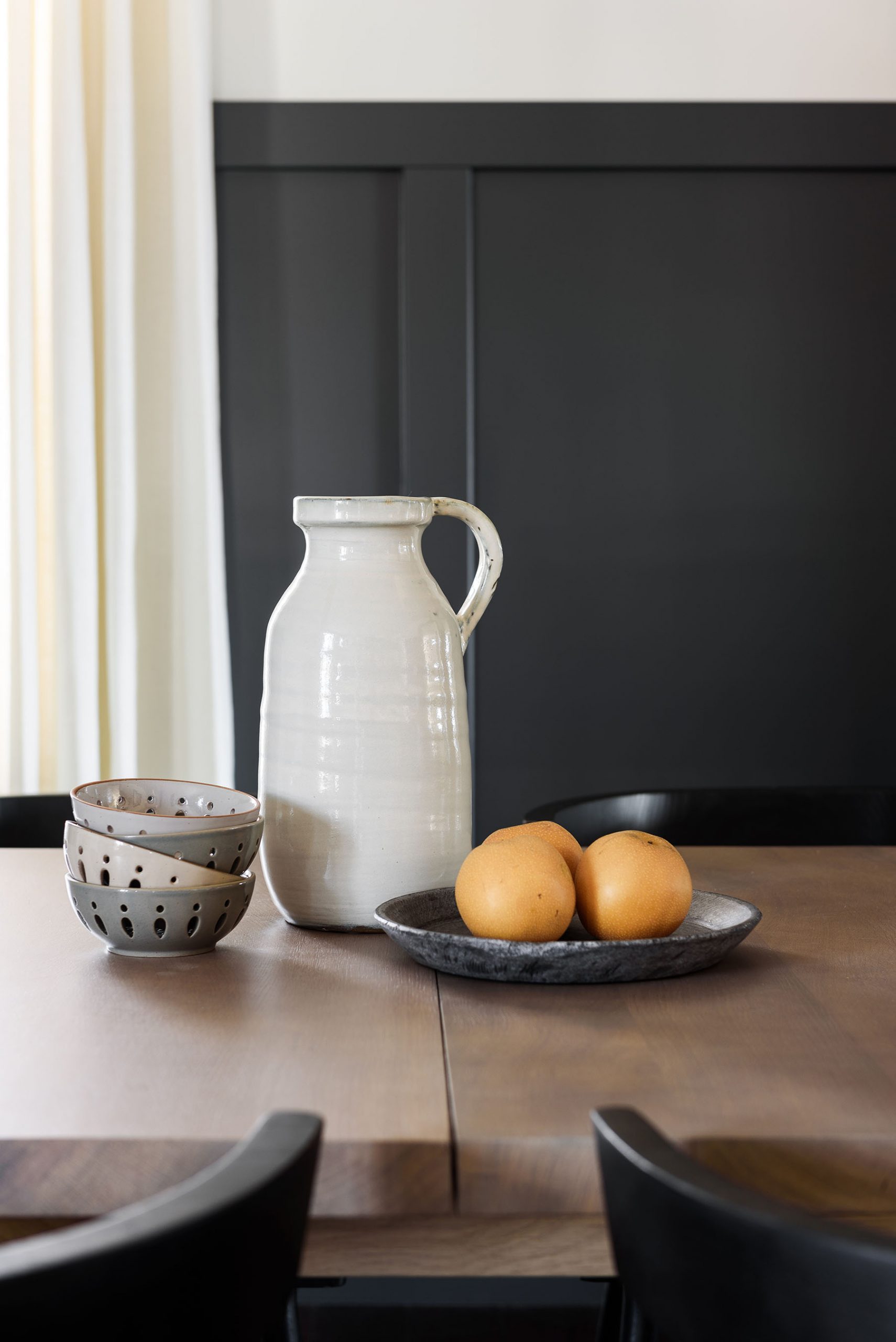 Have you watched “Dream Home Makeover” on Netflix yet? Let us know in the comments if you caught any of these fun facts! 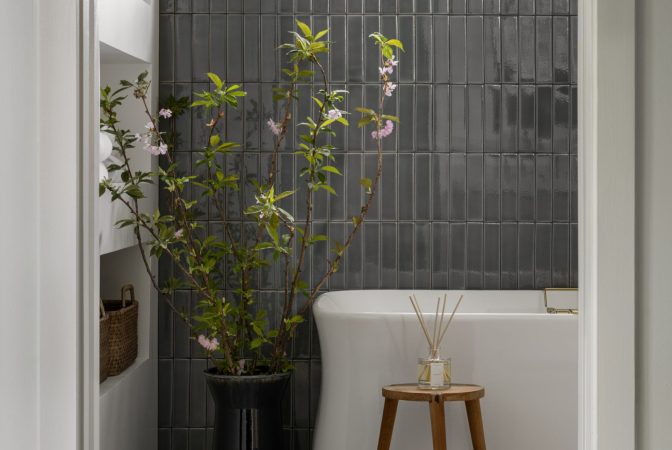 We’re here for your Netflix and chill agenda this holiday season. Our show, Dream Home Makeover, launches on December 9. 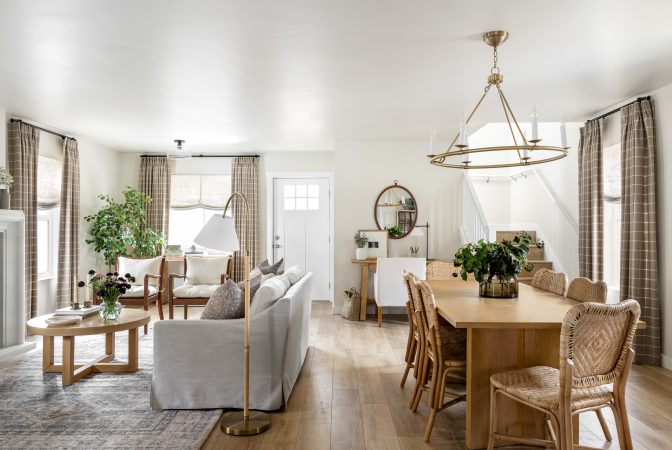 Large, multi-use spaces can be hard to design. Here’s how Shea does it.